MEET THE TEAM BEHIND THE WILD IMAGINATION

At Barton G. we believe in no boundaries and creating a fun & truly entertaining dining experience. 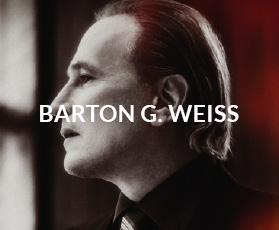 I LIVE TO CREATE SHOCKINGLY DELICIOUS AND AWE-INSPIRING DINING AND EVENT EXPERIENCES. EVERYTHING ELSE IS JUST BORING.

Barton G. Weiss exists in a league of his own. When you consider his accomplishments as an event concept designer, restaurateur, culinary visionary, author, and entertainer, finding true modern-day contemporaries to include in the same conversation is near impossible. Clients and guests are never sure what to expect because Barton has no real competition. His infinite ability to shock and awe is more consistent with the iconic creators and legendary innovators who consistently redefined what was possible beyond all stretches of the imagination.

Barton has led an unparalleled operational, culinary, and event production team based in Miami since 1993. During these 24 years, he has created some of the most groundbreaking, imaginative, and decadent gastronomic and event experiences the world has ever seen. His client list is a who’s who of Fortune 500 companies, international corporations, high-profile professional sports teams, and countless celebrity and social clients.

Inspired by the overwhelming consumer feedback from his events and catering businesses, Barton opened his first restaurant in 2002: Barton G. The  Restaurant, in South Beach, Miami. In 2009, he premiered Prelude by Barton G. located inside the Adrienne Arsht Center for the Performing Arts, in Miami—pioneering the first-of-its-kind seamless theatrical/dining experience. In 2010, he took over operations of a Miami Beach boutique property to open a widely successful hotel and restaurant destination. In July 2014, Barton then opened Barton G. The Restaurant in Los Angeles, and to celebrate the 12-year anniversary of the first iconic Miami restaurant, Barton authored his first book, published by Rizzoli. The Big Dish: Recipes to Dazzle and Amaze from America’s Most Spectacular Restaurant was written with the goal of sharing how to create “unforgettable food and over-the-top presentations” with dishes where nothing “is quite what it seems on first inspection.”

Never one to shy away from the spotlight, Barton has appeared as a guest judge on Top Chef and has been featured on Giada De Laurentis’s show Behind the Bash. He has also been sought aft er, profiled, and quoted extensively as an expert on party planning, events creation and his restaurant conceptions in numerous high-profile publications, including The New York Times, The Wall Street Journal, USA Today, Departures, Time, Forbes, and The Robb Report, to name just a few.

He has also appeared on ABC’s Nightline, CNN, and CNBC. Barton was also an inaugural member of Town & Country magazine’s Wedding Advisory Board. 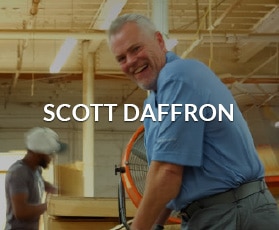 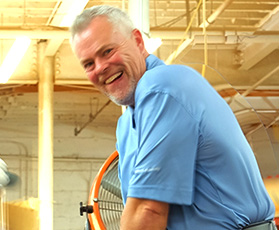 Coming up on twenty years, Scott Daffron has been a driving force behind the Barton G. Event Design & Production division. His involvement begins at the first point of interaction and manages the entire process from operations and sales, to the build and execution of the event.

Before joining Barton G., Scott served as Director of Operations with Restaurant Associates, where he was responsible for all systems of operations at prestigious sporting events such as the US Open Tennis Championship, US Open Golf Championship, PGA Championship and Ryder Cup Matches. In addition to high-volume sporting events, Daffron successfully directed operations for premier cultural venues including the Metropolitan Opera House, National History Museum and Carnegie Hall.

Daffron is recognized within the industry for his strict adherence to budgetary parameters while maintaining a superior level of service and quality through his proven management and employee relations skills. His training and operations manuals have resulted in the seamless servicing of upwards of 5,000 guests   daily, while generating increased incremental sales for host sporting venues. Daffron provides unparalleled insight into high volume projects throughout the US and abroad and brings several years of extensive knowledge and experience to the Barton G. team. 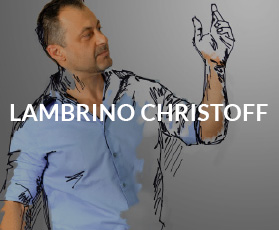